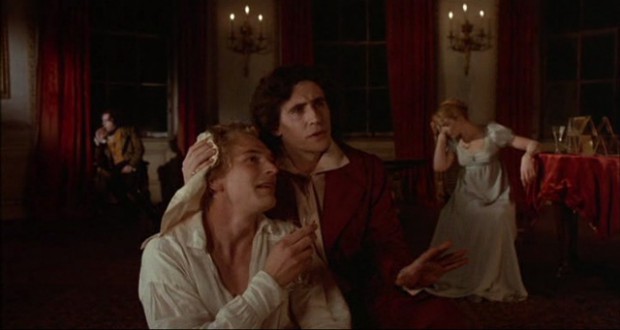 Saw the film ‘Gothic’ (Ken Russell, 1986) the other night. Story of the night that Mary Shelley gave birth to the horror classic ‘Frankenstein.’ Disturbed drug induced games are played and ghost stories are told one rainy night at the mad Lord Byron’s country estate. Personal horrors are revealed and the madness of the evening runs from sexual fantasy to fiercest nightmare. Mary finds herself drawn into the sick world of her lover Shelley and cousin Claire as Byron leads them all down the dark paths of their souls.

A very theatrical, somewhat dated film. Interesting, though. And now I am curious about the original Frankenstein novel. So that’s something I’ll have to check out in the near future.