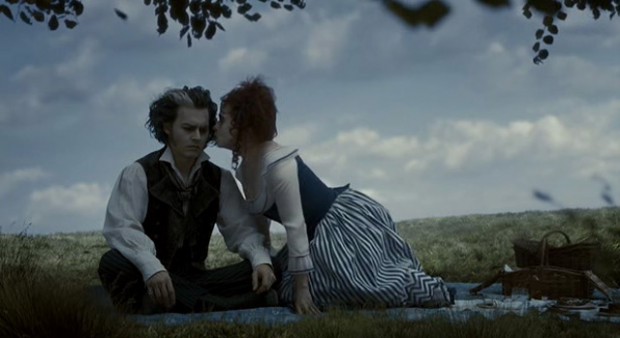 I am a big Tim Burton fan, but hadn’t seen ‘Sweeney Todd’ yet. Except for a few exceptions I don’t like musicals, so I put off watching this flick until today. Can’t say I particularly liked the singing. Loved the art direction, though the digital toolbox sort of presented the same London in Sherlock Holmes I recon. This is going to be one of the few Tim Burton films I probably will not watch a second time. Though, I didn’t like what he did with Alice either. I am fonder of his old movies. Maybe he’s lost his touch, or maybe I’ve just had enough of the same old, same old. Or maybe it is just time he starts to shoot an original script again and stop making all these adaptations.