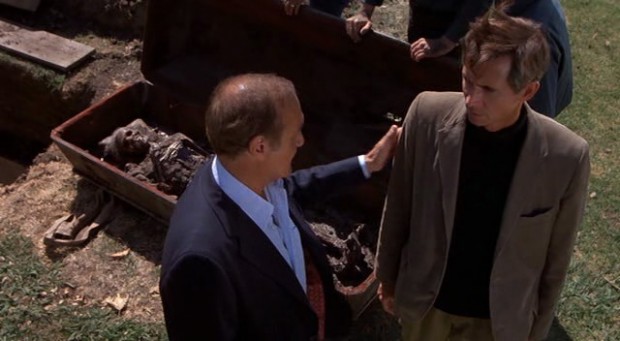 I’ve always been curious about the film Psycho II and finally got a chance to see this flick this week. I always wondered what the sequel to the classic Hitchcock-film would be like. I wasn’t disappointed but hadn’t expect much in the first place to be honest. In the end it got a bit silly, but it was nice to see a young and pretty stunning Meg Tilly in one of the lead roles.

This is what the story sort of is about (copypasted from IMDB)
Now declared legally sane, Norman Bates is released from a mental institution after spending 22 years in confinement over the protests of Marion Crane’s sister Lila Loomis, who insists that he’s still a killer and that the court’s indifference to his victims by releasing him is a gross miscarriage of justice. Norman returns to his motel and the old Victorian mansion where his troubles started, and history predictably begins to repeat itself.