Once upon a time, well actually in the nineteen nineties, writer Neil Gaiman enriched the comic book world with his series The Sandman, a wonderful series I’ve written about before. Lucifer Morningstar, aka the Devil, the Fallen One, was one of the characters Gaiman, Sam Kieth, and Mike Dringenberg brought to life in the Sandman comics. 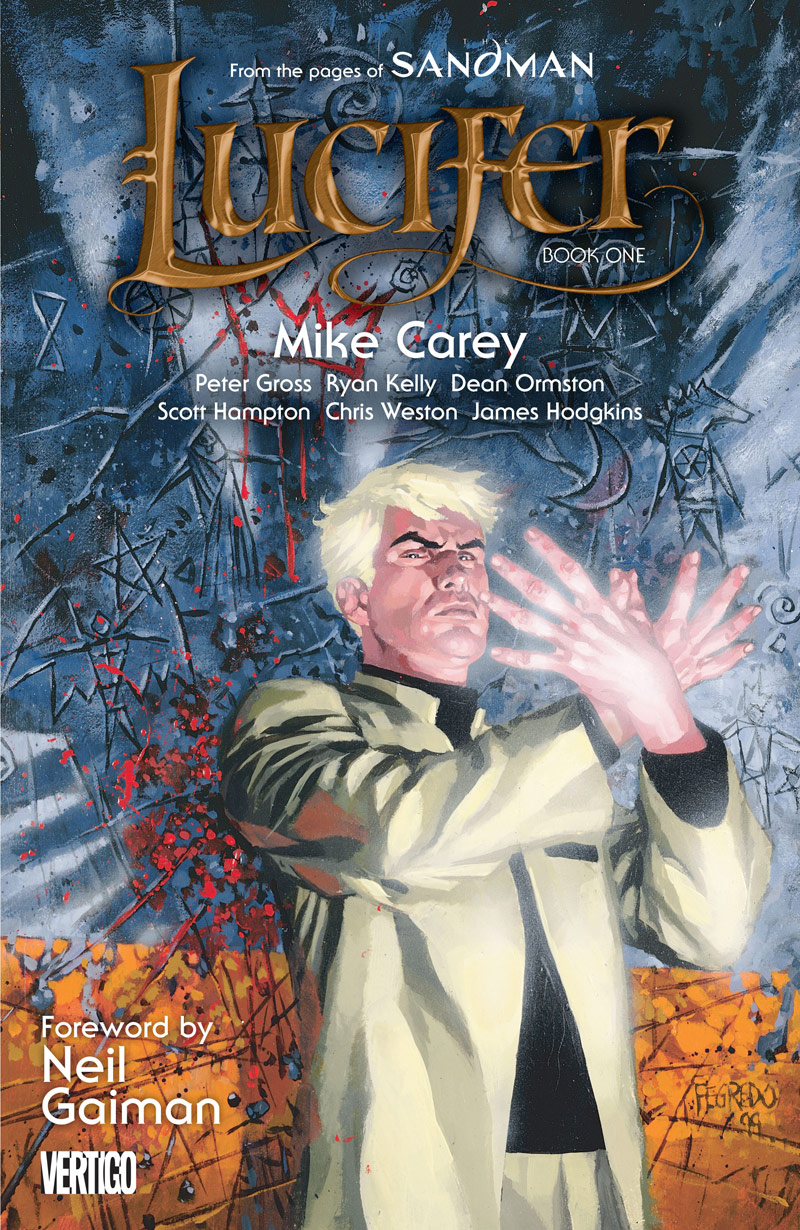 The lord of the Underworld got his own ongoing series after a three issue limited series in 1999 and lasted for 75 issues that ended in August 2006. Mike Carey wrote all issues. Lucifer Book One collects issues 1 -13 and the limited series. The stories are illustrated by Peter Gross, Ryan Kelly, Dean Ormston, Scott Hampton, Chris Weston and James Hodgkins.

All these artists have their own distinguished styles and strengths, though I am particularly fond of Warren Pleece’s peculiar drawing style and the painterly quality of Scott Hampton’s illustrations.

The book begins where The Sandman, Vol. 4: Season of Mist ended, with Lucifer Morningstar as the owner of Lux, an elite piano bar in Los Angeles. Lucifer has resigned as the Lord of Hell and subsequently loses his wings. He’s basically enjoying retirement until Heaven recruits him on a quest to stop a group of gods that were ruling humanity before God came around. These old gods feed on people’s desires and grant wishes to mortals. Because this will lead to disaster, it is up to Lucifer to put a stop to these gods. However, the Devil wouldn’t be the Devil if he doesn’t want something in return for his troubles.

It would be no fun to tell you more about the plot, but rest assured that Lucifer has a large scheme in mind to come out on top and ruff the ol’ mighty God, risking a war with Heaven without breaking a sweat.

Lucifer Book One contains numerous adventures that are all connected and form one big narrative that lead to the apocalyptic confrontation between Heaven’s Angels and Lucifer. Along the way Lucifer comes across, recruits and uses interesting characters that all have their part to play in his elaborate scheme. I especially liked the plot revolving the teenagers Elaine and Mona. Elaine is able to talk to the dead and has lively conversations with deceased grandmothers. When Mona dies, her ghost turns up in Elaine’s bedroom. Together they figure out how Mona died and discover she was killed. Elaine risks her own life trying to bring the killer to justice.

Honestly, the narrative sometimes gets pretty dark and Carey has no problem showing the dark side of humanity, nor the ruthlessness of Angel Amenadiel who represents Heaven’s rule and is Lucifer’s antagonist. The egotistic Amenadiel doesn’t shy away from making thousands of mortal victims in a charge against Lucifer as long as in the end Heaven prevails.

Lucifer’s big beef against God revolves around the fact that in God’s rule there is no such thing as free will and all is predetermined by God, even rebellion and sin. This means that the damnation of sinners is also pre-planned by his royal Highness. Lucifer in this case represents free will and rebels against God’s totalitarian and dictatorial rule. Mike Carey says in the introduction that this is a what-if story in which Lucifer is God’s son; a classical conflict between father and son sits at the heart of this tale.

At least, that’s what I got out of reading this tome that’s almost 400 pages thick and seems to be only the beginning of the Lucifer’s story. I thought Lucifer Book One was a very interesting read, with the writing and art work filled to the brim with fantastical and wonderful details. So much so that it will be worthwhile and necessary to give it a second read somewhere in the near future. 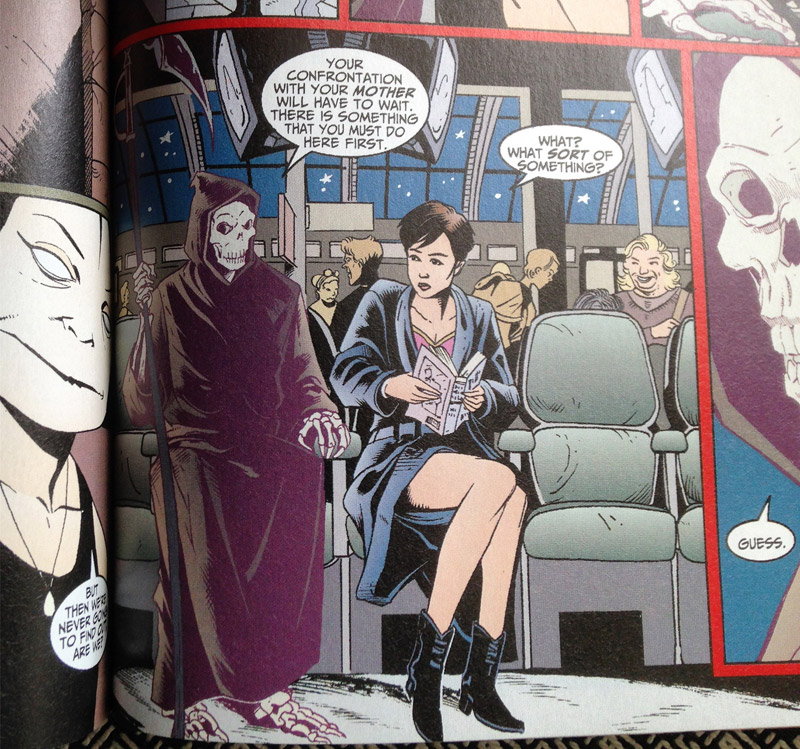 Moreover Lucifer is also the main character in the eponymous TV series that premiered on Fox in January 2016. Since I haven’t seen an episode, I can’t tell whether or not the series by Tom Kapinos is truthful to the character or not. Nor do I really care, for I’ll be busy catching up reading the other four collections of the comic book series that have already come out, so I haven’t got the time to watch any television for the next couple of weeks!

This review was written for and published on blog of the American Book Center.