Christina Ricci, who played Wednesday Addams in the films from the 1990s, dressed up as her ‘mother’ Morticia Addams. How little Wednesday has grown up nicely. 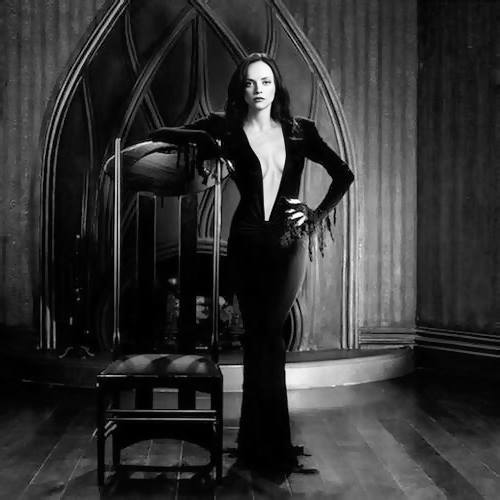 Ricci starred as Wednesday in The Addams Family in 1991, and again in Addams Family Values in 1995. Anjelica Houston played mommy Addams in these films.

Sadly, this pic that circulated on the web in 2015 appears to be photoshopped.

Oh, well, we can always dream of Ricci playing Morticia in a fictional reboot of the franchise. Besides, plenty of movies in which Ricci stars to watch.

Originally published on October 11, 2017 on HalloweenCult.com.