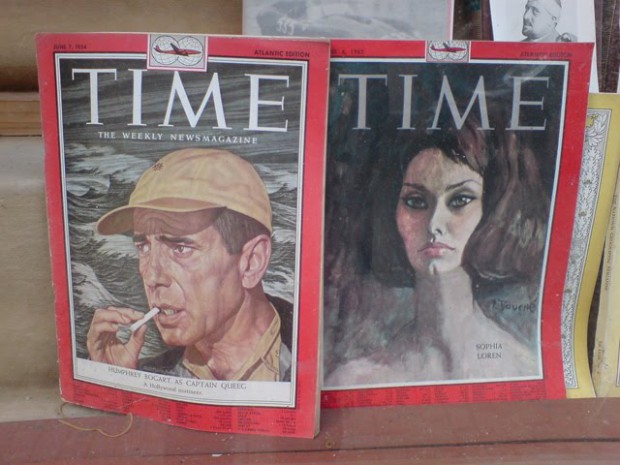 These two old covers of Time Magazine I saw in a window display somewhere in downtown Amsterdam. I’ve always liked actor Humphrey Bogart’s style of acting. It’s a pretty good portrait of him. Sophia Loren looks like she has an axe to grind. Maybe she’s mad with Bogart? 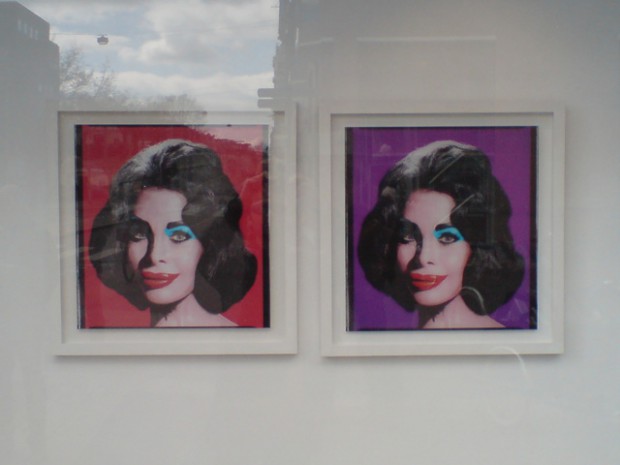 Elisabeth Taylor died last week. I came across these portraits in downtown Amsterdam somewhere. I doubt if these are genuine Warhol reproductions. Taylor looks like the Joker’s little sister with that thick smile on her face. And that’s not how I like to remember this diva of the silver screen. Rest in peace, Elisabeth. 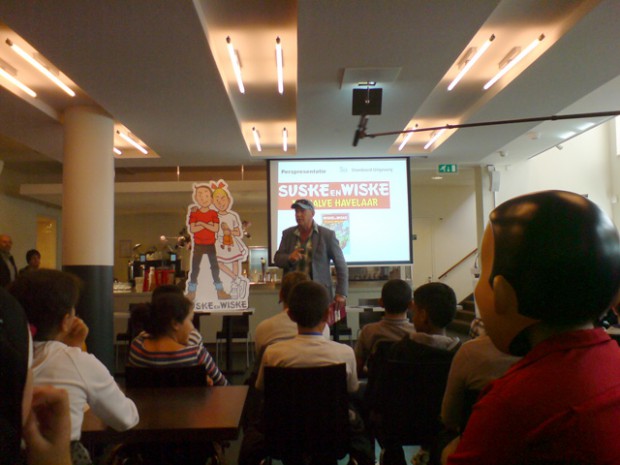 Monday afternoon the new Suske & Wiske comic book was presented. In the new story the duo goes back in time and meets Eduard Douwes Dekker. Together they save the manuscript of the book Max Havelaar. Because actor Peter Faber played Max Havelaar in the film by the same title, he gave a lively speech. The room was filled with kids from the Multatuli elementary school by the way. Scary stuff.

Read more about the creation of this comic book on my other blog. 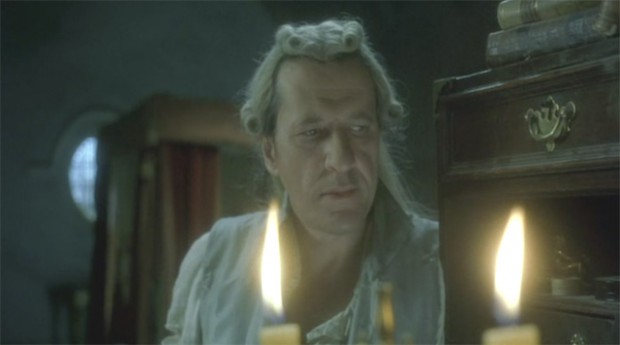 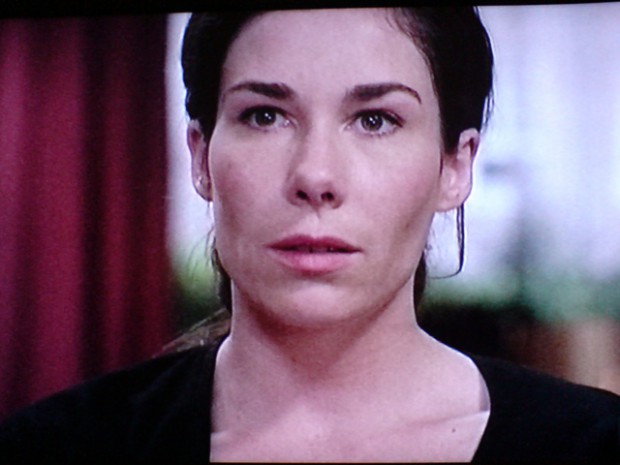 Home 10:50 pm
Watching the drama series In Theraphy on Dutch Television. I sometimes fall into this program while channel surfing. My friend Jeroen Mirck wrote a review about it, though he is much more enthusiastic about the series than I am. I think it is a rather boring programme. A lot of talking heads and the dramatic conflict basically comes from clients arguing with their therapist. I think the characters aren’t that interesting in the first place. In the picture you see actress Halina Reijn, she has just told her therapist Paul that’s she’s in love with him. Sometimes I see Reijn in the city, usually on the terrace in Stanislavski. Not an unusual spot for an actress who’s playing on stage a lot.