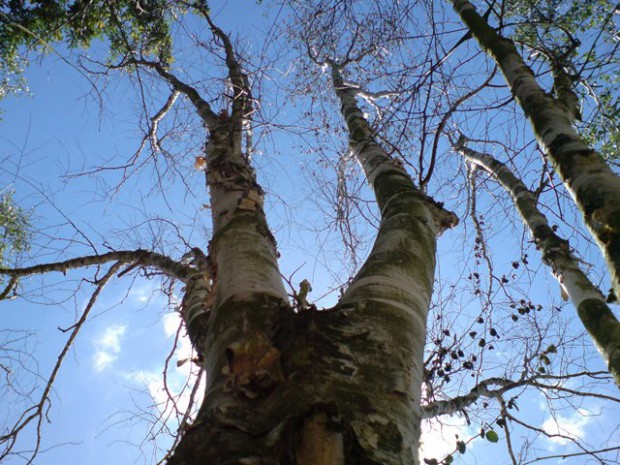 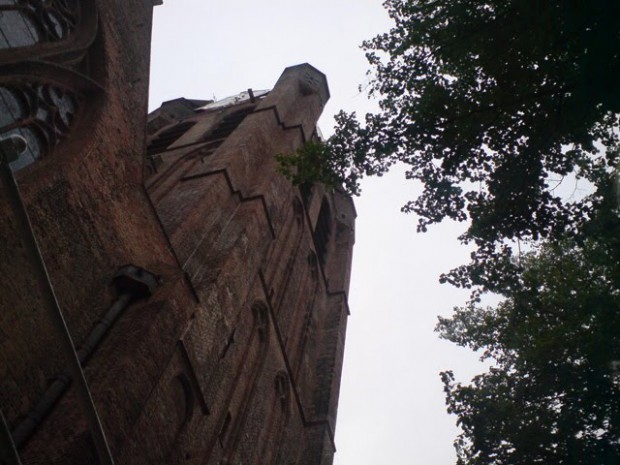 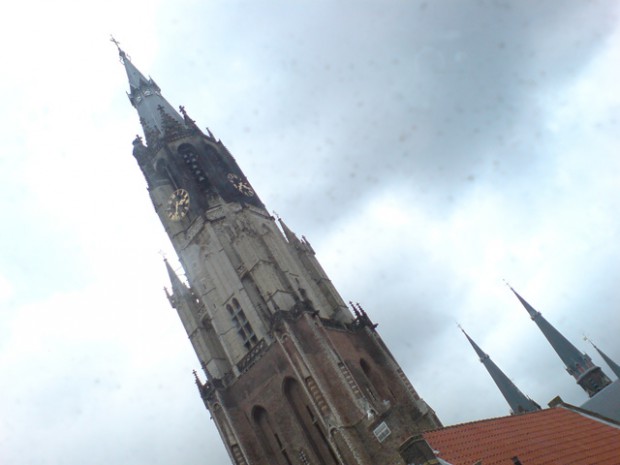 Sometimes it’s nice just to look up, and not only to check if there isn’t a pigeon trying to take a shit on your head. Looking up one often sees the tower of churches. Although churches sometimes are remarkable architectural art forms, I am not very fond of the concept of organised religion. No, let me rephrase that: I totally detest organised religion in any form. Those churches took a lot of money and time to build: money the bastards ripped from regular Joe’s. Religion is the pest of the world and as far as I am concerned, should be banned. But hey, that’s just me. So I’d rather look at the crown of a tree. I find that more relaxing. Delft has a lot of churches. Seems to me that it is or was a very religious town. Sunday morning, plenty of church bells were chase away the silence.