Lone Sloane, the notorious interstellar explorer and neo-earthling, has a bounty on his head and an armada at his heels. Then a religious group called Red Redemption asks him to help them steal a big sum of money from the Imperator, the ruler of a planet called Delirius, a hedonistic pleasure planet.

Sloane agrees, since he likes the idea of stealing money from the man who put a price on his head. But the mission is not going to be easy, and after Sloane has made his mark on Delirius, the place will never be the same again. 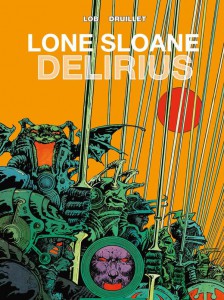 In 1966 French comic book artist Philippe Druillet, influenced by his favorite writers H.P. Lovecraft and A.E. van Vogt, created Lone Sloane. The first stories appeared in the Franco-Belgian comics magazine Pilote. Later on, Druillet, together with Moebius and Dionnet, created the legendary comics magazine Métal Hurlant for which he made more Sloane adventures. Delirius was written by Jacques Lob and was originally published in Pilote.

Druillet is known for his spectacularly bold page designs and the pages in Lone Sloane: Delirius are anything but traditional comic book pages. Sometimes these pages look like big montage sequences with large visuals. Rich with details, the pages read like picture puzzles. These are certainly eye-catching and at the time, this was a fresh approach to how one can tell stories in the sequential art form we call comics. However, because of this visual approach I found the storytelling somewhat lacking.

In comics the transition from panel to panel is very important. Some time passes between panels, within a scene usually a couple of seconds, sometimes just a fraction of that, sometimes more. It’s up to the reader to fill in the gaps between panels. For me, this is part of the beauty of comics. With Druillet’s visualization, the storytelling rhythm is somewhat jarred and makes for a less easy reading experience, especially when it comes to dialogue scenes. Lone Sloan: Delirius reads like a film in which the director is only interested in the special effects and big action sequences, and mostly uses medium-to-long shots when it comes to dialogue scenes. It dehumanizes the story somewhat. 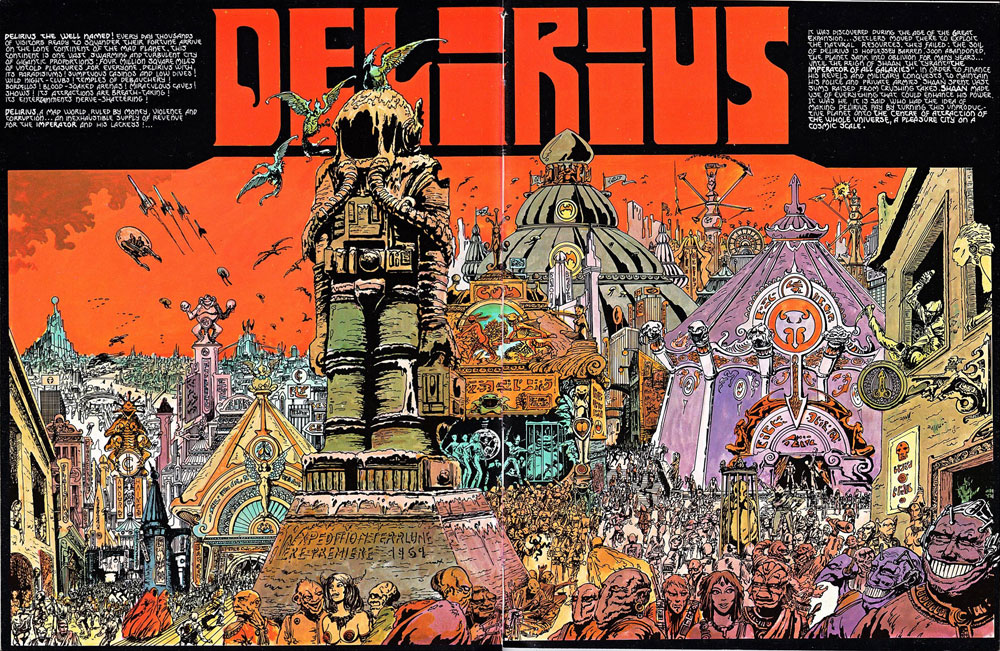 Moreover, it doesn’t help that drawing convincing facial expressions isn’t Druillet’s strong suit either. For most of the book Sloane just looks very pissed off or determined – depending on your point of view. This makes Sloane a cardboard character; someone we observe, not someone we feel concerned for.

Druillet’s visual strength lies in drawing eye-catching architecture, spacecrafts and alien landscapes. I especially liked how he visualized the landscape of Delirius and the creatures that inhabit it. If that’s your sort of thing then Lone Sloane: Delirius is definitely worth a read.