Mark Millar is one of my favorite current comic book writers. The Scottish scribe (born 1969) always comes up with promising high concepts that deliver most of the time. Millar is the co-creator behind titles such as Kick-Ass (which I reviewed earlier), Wanted, The Secret Service and Marvel’s Civil War. If some titles sound familiar to you that may be because most of his creator-owned series have been adapted for the silver screen or will be in the near future. 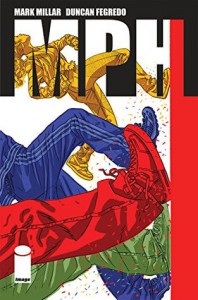 MPH is a five-part limited series recently collected in one trade paperback published by Image Comics under Millar’s own label Millarworld. The science fiction comic revolves around Roscoe, a 19 year-old drugs runner that hopes to get out of the slums of Detroit and build himself a business. During a drug deal Roscoe gets busted and goes to jail. He’s a model prisoner, counting on his good behavior to reduce his sentence. However, when Roscoe discovers he’s been framed, he takes a special drug he has been offered. This special drug, called MPH, gives Roscoe the power to move really fast. While under the influence of the drug, it seems time and everyone else stands still which makes escaping the high guarded prison easy.

Roscoe, together with his best friend, his girlfriend, and her younger brother decide to use the remaining pills to rob as many banks as possible. This isn’t just their ticket out of the slums of Detroit, it is also their way of getting back at the bankers and other bastards that bankrupted the city in the first place: ‘We knew it was wrong but it felt so good to pick the pockets of all of those fat cats that crippled Detroit. The banks that stopped our lines of credit, the crooked politicians that sold us down the river, the car companies that outsourced jobs and left us with nothing but drugs and American Idol. They took us from being an industrial powerhouse to half the city upping and leaving us with over eighty thousand empty buildings. It’s only right we got a little payback for those three generations of corruption and neglect,’ are Roscoe’s thoughts on their actions. And really, who could blame them?

By anchoring MPH in contemporary America, in which a lot of regular folks are crippled financially by the economic crisis, Millar not only tells a relevant story, he also writes characters whose motives are understandable and hard to argue with, especially when the thieves act like modern-day Robin Hoods and start to distribute part of their takings amongst the poor and jobless.

Of course, there’s trouble on the horizon: not only will they run out of pills, the teens will also have to fight Uncle Sam and a mysterious guy who seems to know an awful lot about the drugs and Roscoe and his partners. I don’t want to spoil the story too much, so let’s just say Millar has some nice twists and turns in store before this adventure comes to a well-rounded end. 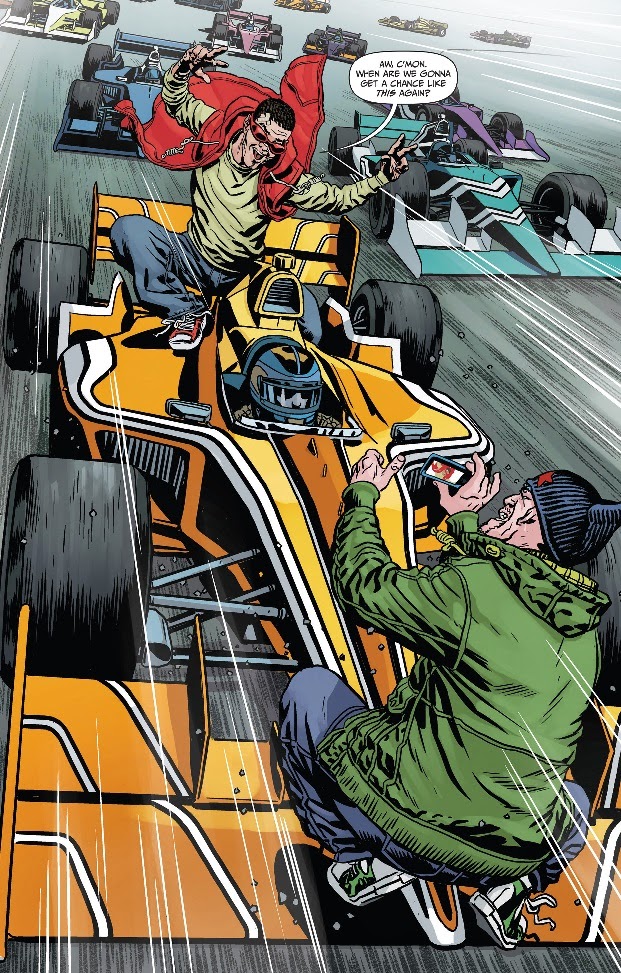 British artist Duncan Fegredo is MPH‘s co-creator and delivers realistic and vibrant art for the comic. Fegredo really gets across the contrast between the fast-moving thieves and the world around them, which is not an easy feat in a medium consisting of static images.

MPH reads like a fast-moving and very enjoyable movie, so I wouldn’t be surprised if we can revisit these characters in the cinemas soon.