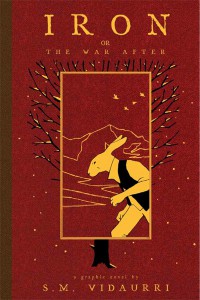 Iron: Or The War After is a graphic novel by Shane-Michael Vidaurri. It’s an espionage thriller with a poetic quality, taking place in an anthropomorphic world.

That’s right: the characters are animals like bears, frogs, rabbits and goats. All walking on two legs, of course. Their natures represent human kind with all its complexity and nuances.

When the rabbit Hardin, an intelligence spy from the Resistance, steals information from a military base of the Regime, his actions set off a chain of events that reverberates through the ranks of both sides, touching everyone from the highest ranking officials to his own son, who desperately wants to follow in his father’s footsteps. Who the hero or the villain is depends on which side you are on, really. A high-ranking officer like tiger Captain Calvin Engel could at the end of the story be considered a traitor to the establishment.

Iron: Or The War After is Vidaurri’s first book as an author and artist. He has worked as a colourist and cover artist for publishers like Dark Horse, Image and Archaia. He also wrote and illustrated the first issue of Jim Henson’s The Storyteller: Witches. 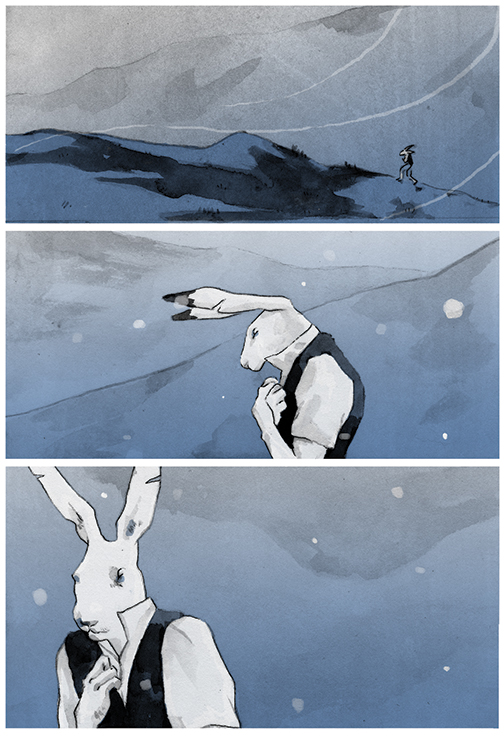 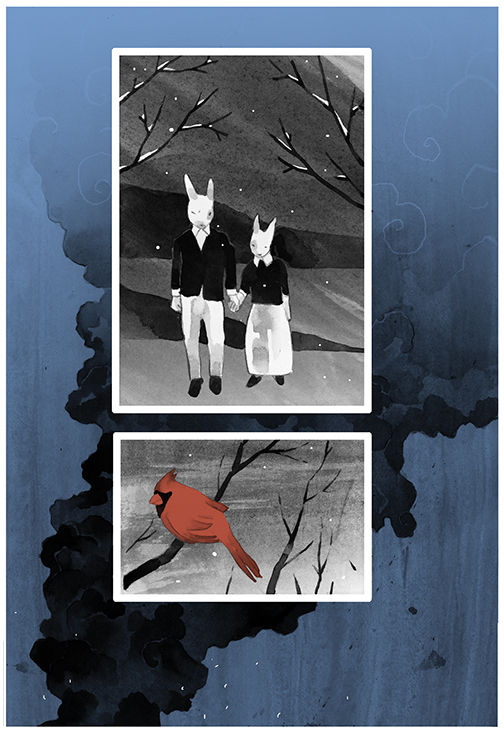 The poetry is in Vidaurri’s wonderful art. The New Jersey born artist makes aquarelles with a monochromatic colour scheme. To tell his story about war and betrayal, Vidaurri uses earthly and cold colours like blues and greys to capture the cold of winter, occasionally placing a big splash of bright red in the form of a red cardinal or blood spatter. The visuals make reading this graphic novel a real treat and the interesting page layouts add a stilled quality to the book. The story has a tight plot, yet the visuals leave a lot of room for the reader’s interpretation.