After the death of her son, Regina Segal takes her granddaughter Mica to Warshaw. They hope to reclaim a family property lost during World War II when her family had to flee the country. Soon Mica begins to wonder if the reasons for their trip might have nothing to do with the lost property per sé, but everything to do with what happened with her grandmother in the past.

She gets help from Tomasz, a Polish comic book artist/tour guide, to get acquainted with Warshaw. He also helps her get rid of a bothersome friend of the family, who Mica and her grandmother happen to bump into on the plane and now follows Mica around town. 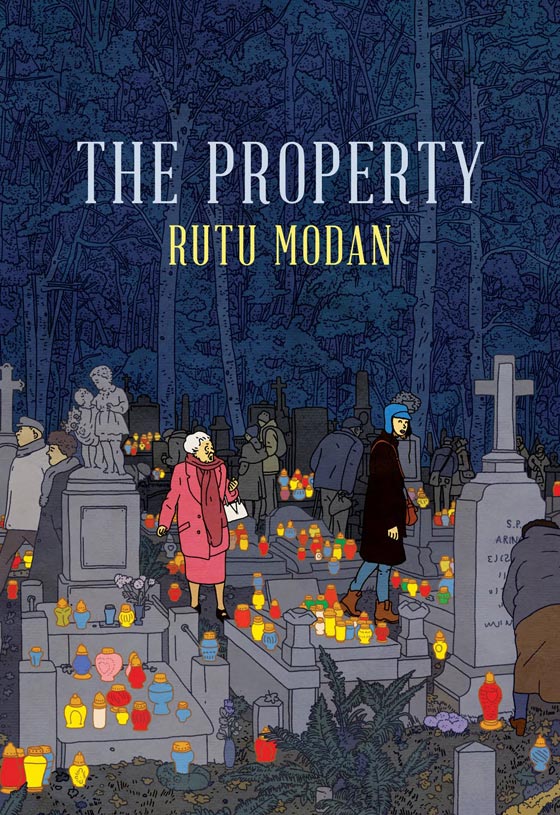 Rutu Modan is an Israeli illustrator and comic book artist whose first graphic novel Exit Wounds (2007) received much critical acclaim and won the 2008 Eisner Award for Best New Graphic Novel. With The Property she made an elegant and intriguing little story. Her characterisations lean toward archetypes but Modan has a knack for natural-sounding dialogue so she is able to make her characters seem real and act natural.

I liked the character of Regina, who seems to be a typical, stubborn grandmother who has a natural dislike for bureaucratic behaviour. This is demonstrated in the first scene in which a customs officer tells her she can’t bring her bottle of water with her on the plane because of security guidelines. She refuses to throw away a new bottle of perfectly good water, so when she doesn’t succeed in persuading the young man to let her have her water, she ostentatiously gulps down the contents of the whole bottle, making all the other passengers wait. Regina is the kind of woman that can be a pain in the ass sometimes, but who’s heart is in the right place.

Because Modan collaborates with models and other artists she almost seems to operate like a film director when it comes to constructing a comic book. Speaking of film: I wouldn’t be surprised if this well-paced story will be made into a motion picture someday.