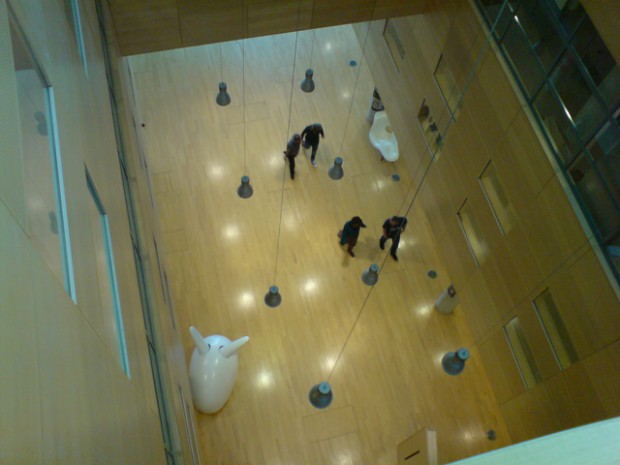 Thursday I shot two videos for the VARA. One about 15 years of ‘Zembla‘, the journalistic television programme of which Kees Driehuis is the editor-in-chief. I interviewed him about it, while my colleague Ilse was behind the camera. An hour later I shot an interview with television presenter Astrid Joosten. While waiting for Joosten I was just hanging out in the hallway, looked down and shot this picture.