I don’t know much about Japan, really. Yes, I’ve seen martial arts films, some anime and Lost in Translation. Those films give an impression of Japan that leaves one wanting to know more. That’s why I chose to read Just So Happens by Fumio Obata. 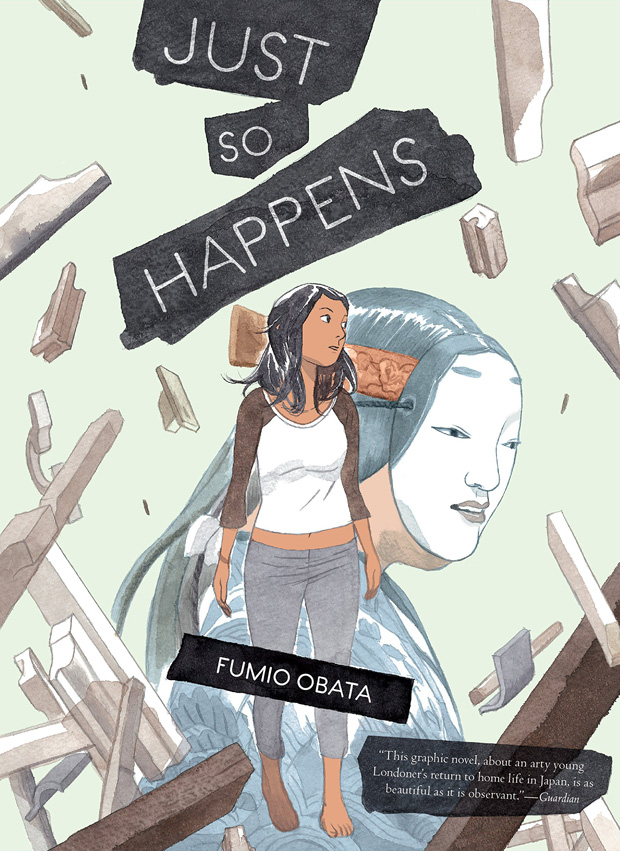 In this graphic novel, London-based Yumiko is a designer running her own firm with friends. She is engaged to an Englishman and has made a nice life for herself in the UK. When her father suddenly dies she returns home to Japan. Here, she feels out of place in daily situations, but also in ritualistic situations such as the wake for her father. Is Japan still her home or has she changed too much in the years she stayed overseas? 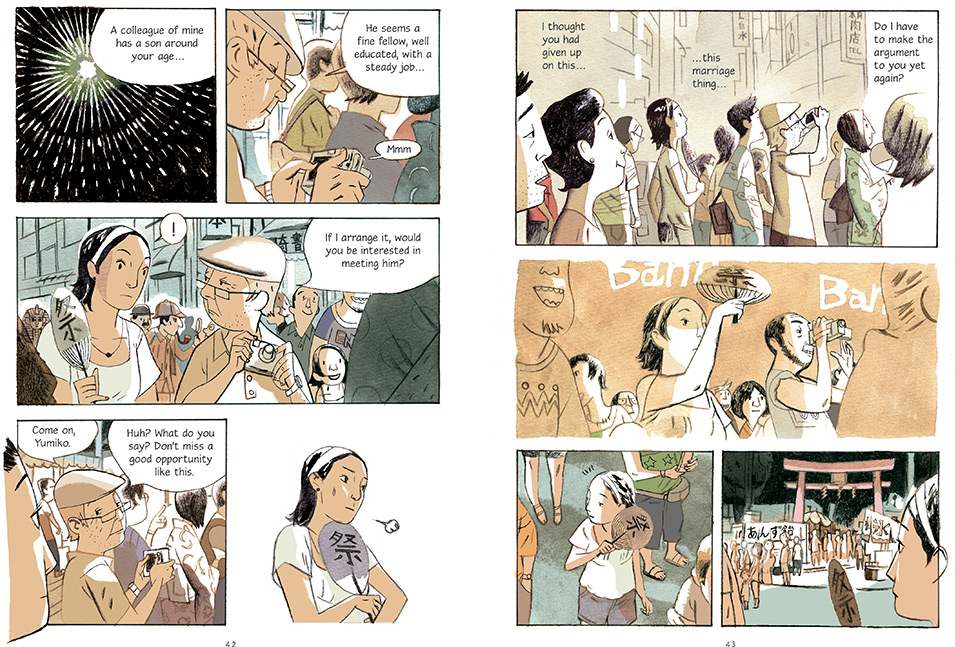 This internal conflict is visualized via the appearance of a performer of the Noh theater. A traditional form of Japanese theater which aesthetic demands the exclusion of natural traits and spontaneity. The performers restrict characters’ emotions by following a sophisticated code of gestures. As a matter of fact, all human forms, shapes and movements are codified in specific forms. During her father’s wake and funeral, Yumiko notices she doesn’t feel sad, she doesn’t seem to feel anything. She feels like she is performing in a ritualized play, detached from her emotions, just like a performer in Noh theater. ‘If formality and courtesy take over the feelings, how silly and meaningless all these things could become. And despite all this, I still take part in it! Ah, where I am right now… I am in a theater… performing a piece, pretending to be something else…’ she thinks during the ritual. 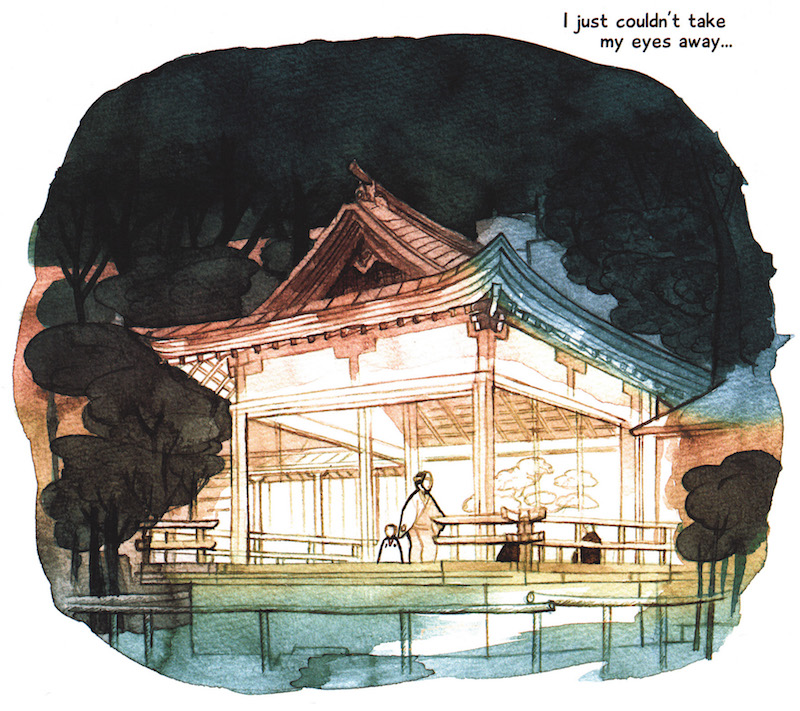 Fumio Obata makes wonderful visual observations about Japan. In this pleasantly paced story, Obata gives the reader time to look around, just like Yumiko does as she visits Japan. Every once in a while, for example, Obata shows us a street scene, Japanese architecture or a canal that runs through town. Obata uses a subtle and visual way of storytelling. For instance, when he introduces Yumiko’s mom, Obata uses two pages without any dialogue or captions. We see the woman working on her computer at home, followed by a panel of a bookcase with a radio and a picture of her daughter, followed by a panel of her hands typing on the keyboard, followed by two panels showing the kettle is boiling. It takes a third panel and quite some noise from the kettle before the mother notices the water is boiling and she goes to the kitchen. While the teabag is in the pot and she’s waiting for it to be ready, she looks at a picture of Yumiko in which she has her diploma in her hands. It’s a nice, silent scene that shows us something about her work ethic and that tea reminds her of Yumiko. It also sets up the dialogue scene that follows when Yumiko arrives at her mom’s.

In Just So Happens we learn something about how the Japanese mourn, what the rituals are concerning a wake, and also that it’s still hard for a woman to lead an independent life in Japanese culture. Yumiko’s mom is a successful author and scholar, but her position comes with a price. In the end her need to stand on her own feet has cost her her marriage. In a way, by living in London, being an independent designer, Yumiko is living her mother’s dream.

I very much liked the personal tone in Just So Happens. The graphic novel almost reads like a memoir, and the characters feel real. Not surprisingly maybe, since writer/artist/animator Obata was born in Tokyo. He moved to England in 1991, so my guess is the story and theme of the book are close to his heart.

At the end a small transformation has taken place. Yumiko has learned something about her identity: she no longer has to deny her roots to be herself. She has also learned how to deal with her parents’ expectations and live her life on her own terms. Overall, Just So Happens offers a wonderful and interesting reading experience in more ways than one.