What’s a Halloween party without some great looking creatures lurking in the shadows? Here’s the making of such a creature by the team of Amsterdam Spook. 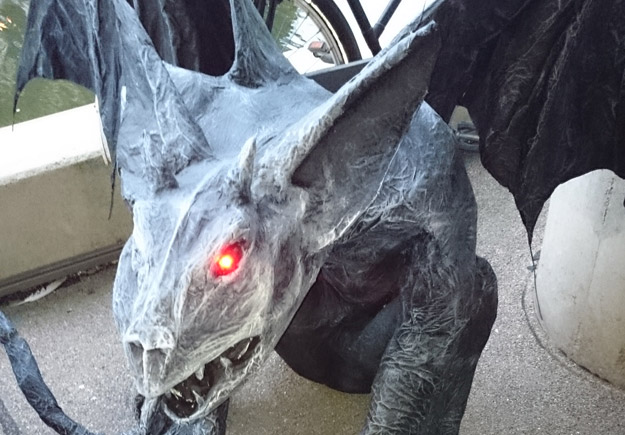 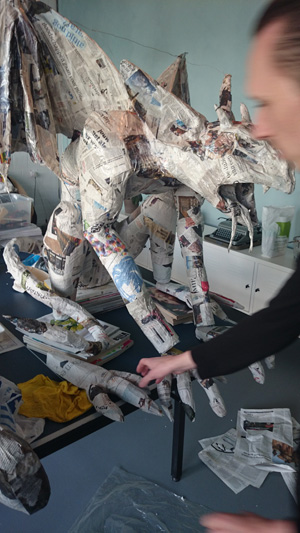 Since 2006, Canadian-born Amsterdammer Tamar Bosschaart has organised the most incredible annual Halloween parties that over the years have grown in size and popularity to the point that they attract Halloween lovers from all over the planet to celebrate the unholy festivities in Amsterdam. The Spook Amsterdam posse has grown alongside the party and every Sunday, a handful of the most dedicated crafters gather to make the most amazing decorations from scratch. Just look at this Gargoyle! 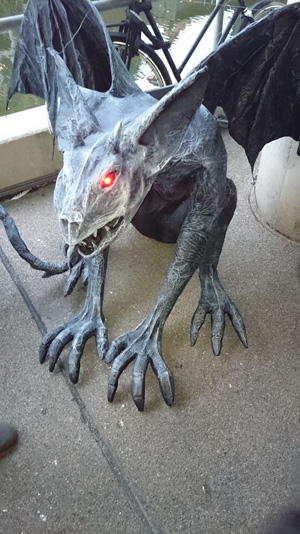 Here is the unholy beast in all its glory. Notice that the details have been touched up, both by lighter paint, as well as by filing away at the extremities to stimulate the toll the elements make on gargoyles. This bad boy was created for the party in 2014, together with his brother and several smaller versions. They proved so popular, one of them was stolen at the party. How someone managed to smuggle it out is another mystery. Stay posted for a sneak peek of what’s being built this year on your favourite blog on all things Halloween soon!

Originally published on September 09, 2015 on HalloweenCult.com.